A general welcome message to all new members! All new members are invited and urged to make this thread their FIRST port of call. Please do **NOT** start a new thread in THIS forum - just add to the one long one. In all OTHER forums start as many NEW ones as you wish!

Please feel free to browse, ask questions, and answer them.

Willsher wrote:There's nothing better than buying and selling on eBay and I've become a regular at Stampex.

Looking forward to participating in this community.

We have quite a few members who regularly attend Stampex, and often try and arrange a get-together either at the show or in central London to co-incide with it.

Watch this space, as there may be a thread starting soon in regard to the February event....
Top

Willsher wrote: ... My focus is Great Britain but I love the colourful stamps of the Commonwealth too. ... There's nothing better than buying and selling on eBay and I've become a regular at Stampex. ...

'Welcome Willsher! I have also been a 'regular' at Stampex and haven't missed any show since 2009. I hope to be able to make it for the next one, 19-22 February 2014. Also watch out for society meetings - there will be quite a number of them in connection with Stampex.

hello,
I'm 43 years old and I collect stamps from 31 years!
After collecting french used stamps , I decided to start a collection of French classical covers ( before 1900) with stamps or not of SOMME (departement - former classified 76).
Now , I try to colect covers from former USSR period 1991 - 1998 and I need some information about postal rates of Russia (beetween 1991 and 1998)

Please take the time to wander around, and get a feel for the place. Up the top of the screen is the "Search" function, as well as down the bottom of the page where this site's specific "google" search bar sits. Both of these can be used to look up items which will probably have some information here - somewhere.

We do have members from Russia, so if there's nothing already on the board, you might like to ask a question in the You ask the questions - SOMEONE will have the answers! forum.
FORESTS OLD, PASTURES NEW
"Truth is stranger than Fiction, but that is because Fiction is obliged to stick to possibilities; Truth isn't." MARK TWAIN
Top

About me.
I'm a retired Civil Engineer who many years ago collected Australian stamps.

I've now decided to again get involved in the stamp scene.....many things appear to have changed over the years. My first big surprise is the number of stamps Australia Post now issue.

My first forum question will relate to this.

Many thanks.
Tommy218
http://www.acsc-history.info
Top

Big warm welcome to all of the newest members to Stampboards. I do mean warm as we think warm thoughts here. Been freezing our buns off with record low temps for a week now. Anyway, enjoy Stampboards and hope we get to talk some time.
"E Tenebris Lux"
Top

Am Nic from Australia, been collecting aussie coins about 3 years,no collection in stamp field yet but intend to. I had some stamps which I bought when I was a kid, until dad inadvertently throw the whole lot as rubbish,,,anyway, now I decide join the party again, nice to meet your guys via this forum.
Top

Hi Tommy and Nic. Welcome, and a happy New Year to you both. In my experience you will each get as much out of this forum as you put in - which will probably also equate to pretty well as much as you want, so please dive in.
Regards, Tick4d
Top

Hi Everyone.... l am new here and would like to introduce myself .. Shane Wheeler from down under Australia i am chasing anyone that sells Rhodesia Full Sheets of Stamps
Look forward to replies from anyone Thanks...
Top

You might want to post in the Wanted To Buy Topic that way you will get more results.

Just joined so looking forward to learning more as I read through. I have started collecting Latin America stamps , I travel there a bit with work so it's a great way of learning about the environment . So anyone with tips or that specialise in this area would love to hear from you.

Hi, I'm Peter from the UK and I have been collecting Polish stamps for a few years. Have built an almost complete set of inter-war and early post-war sets and now interested in finding Russian, Austro-Hungarian and Prussian postmarks on pre-1919 stamps used in current and previous Polish areas, as well as Polish overprinted editions from 1918-19.

Would love to see your collection Peter, when you get some time why don't you see if you can add to any topics already started and if there aren't any, why not start your own. 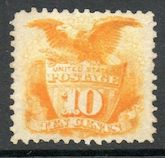 Hi, Welcome to all the new members.

Rome wasn't built in one day:- a good postage stamp collection will take more than one generation to compile it in order to harvest complacence (or complacency). Make provision for it in your will.
Top

Hi to everyone from Shane from down under just want to say what a great forum this is...
Top

We know that Shane.

I just joined this board.

I am located in Canada although I am originally from Bulgaria.
My interests include stamp collecting, fishing, hiking, cycling and photography.

Hello from another Australian

I've been collecting on and off as a hobby since childhood and have a good collection of Australian stamps. I have recently started collecting stamps from Japan, The Netherlands and space themed stamps. I tend to keep stamps that are visually appealing to me rather than for their rarity or value at the moment. I also love collecting and trading minisheets. Thanks for having me onboard

JayTee wrote:I tend to keep stamps that are visually appealing to me rather than for their rarity or value at the moment.

Many of us have the same dis-ease, so welcome to the club 8) And, might I add, there's nothing wrong with playing the field when it comes to stamp collecting...

I hope you enjoy looking around; learning the rules of the sandpit; and having fun

FORESTS OLD, PASTURES NEW
"Truth is stranger than Fiction, but that is because Fiction is obliged to stick to possibilities; Truth isn't." MARK TWAIN
Top

Greetings from Northern BC,
I'm 32 years old and have a rather large collection that worked it's way down to me from my grandfather. My primary interest at the moment is completing my Canada collection (post 1910) and figuring out the more effective way to display them. I've been lurking here for a while and have learned quite a bit in a short period of time.
Thanks!
Top

With all those activities do you have time for stamps? I'm tuckered out just reading them.

Hope you enjoy the forum and Happy New Year to you too.

enjoy your time browsing through all the interesting stuff here. Lots of information at your fingertips.

I knew there was a lurker, it was YOU.

There is a lot to learn on Stampboards and it should keep you busy for ages. Please add to any topics that interest you.

Hope to see you posting soon and no more lurking.

Brummie wrote:With all those activities do you have time for stamps? I'm tuckered out just reading them...

The main activity is, of course, work. If work does not get in the way we are all going to have time for more than one hobby.

I am surprised (or rather shocked) that the second next member after me came from Northern BC too.

Good luck with your Canadian collection. I wonder if there are more stamp collectors in Prince George.
Top

We always get inundated with Canadians julesjelev, it should really be a Canadian forum there's that many of you.

My name is Ken Doig. I specialize in Sudan, Egypt, Ethiopia, Eritrea and Somali countries. I was stationed 2 years in Asmara, Eritrea in the early 1960s (US Army), and visited Sudan, Egypt, and Ethiopia. I have nice cancel collections from these areas it anyone needs one identifed.

I have an Ethiopian catalogue online at http://doigsden.com/EthiHome.html.
Top

Thanks Ken and welcome to you. (And already solved a mystery on the Sudan Camel Postmen thread).
Top

Hi all, I've been a member for a year but very busy so haven't posted much. And I guess that means I lost any privileges so I'd like to try again.

As I at least MEANT to state before, I've been collecting Israel (modern era) since my days as a youngster (I'm 59 now), but mostly in two chunks with a big gap between.

My childhood collecting was back in the '60s, and since 2001 I've taken a more serious interest. Nowadays, as my Israel collection completes, I'm interested in some new things, like Hawai'i Post locals (see my eventual attempted avatar) and Lord Howe Island Courier Post ZEMAIL issues.

). Hope to find out more info about my various interests here. Thanks for reading.

Hi Mike and welcome (or welcome back) to Stampboards.
"E Tenebris Lux"
Top

My name is Richard, Im a part time dealer and collector in NSW. Always looking to trade stamps on 1:1 basis, plus I have kiloware for sale.

You really, really need to stop and read the Rules of the Swap or Selling Forums.

My name is Lloyd Seely and I live on the north Oregon (USA) coast about 100 miles west of Portland. I've been collecting stamps for many years so I have a generalized collection. I've been working primarily on Chile, Egypt, and Canada with a little U S thrown in when I see something of interest.

I hope you will enjoy the forums and please add where you have an interest.

stampman2005
Well on the way to 25 post Senior Member

Welcome to our newest members. Read as many topics as you can.

Thanks for the welcome guys

Hello and a warm welcome to all our new members.

I collect stamps purely for enjoyment. As such, I have no preferred country or region. The bulk of my collection comes from Ireland, Great Britain, USA, Australia and Germany. I am particularly interested in older issues (before about 1900), from all countries.
Top

My name is Cliff Tayar, I live in Stoke-On-Trent, England, and I am a retired accountant.

As a fairly inexperienced line engraved collector I am aghast at the amazing number of faked penny blacks in existence, on and off cover, which are often very hard to identify, often accompanied by an expert certificate stating "genuine".

I have been caught out several times during my short collecting period, and it seems to me that the clever forgers have been allowed to get away with it by the trade, to the huge detriment of confidence in the philatelic buying public including myself.
Top

Return to “Roll Call -- This Thread MUST be your *FIRST* Port Of Call here!”