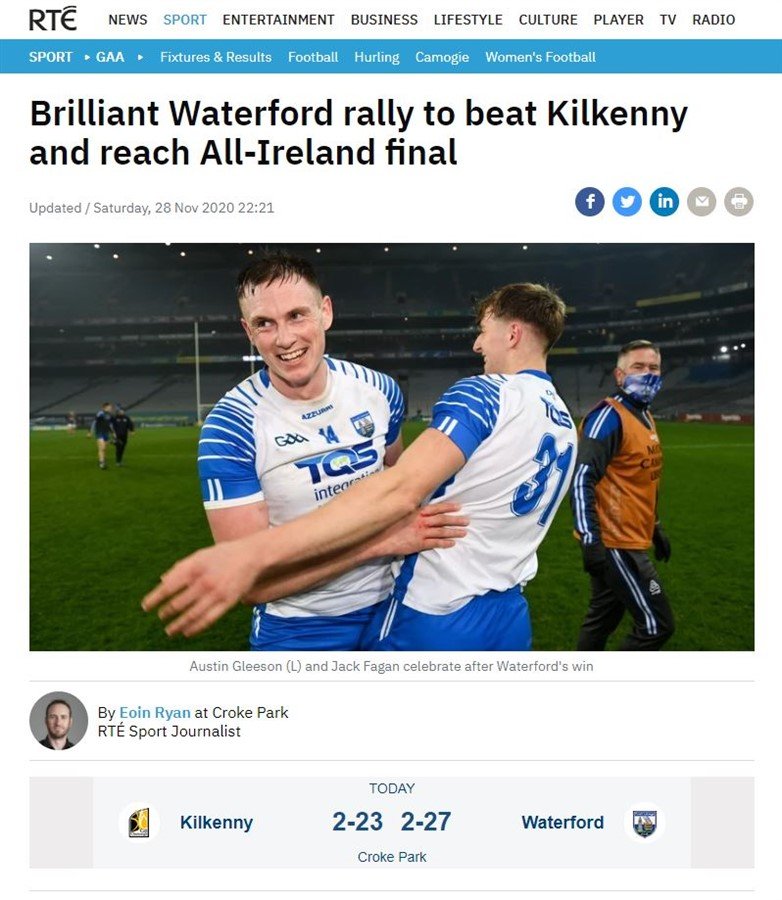 You see, there are more important things than Rugby Union.

Anyway, back to normal; or not so normal perhaps.

so 35 Points awarded to each.
Running Total: 70

I see the All Blacks delivered a slap around the ears to the Pumas. Restoration of normal service as before. Still it was nice to see the Pumas get a once in a lifetime victory over the bullies of world rugby. Come on all the other small fry-your turn next.
I prefer to collect UK, British Commonwealth esp Pacific area ( not excluding West Indies/Canada ) and Western Europe. At the bottom of my zone of interest is Eastern Europe and communist countries.
Top

You see, there are more important things than Rugby Union.

Wash your mouth out with carbolic soap, young man!!!

Why Thank you Gavin.

However, you're not from Waterford so I forgive you. You cannot possibly understand such things.

Last time a Waterford man lifted the Liam MacCarthy Cup (Frank Walsh RIP) was on October 4 1959; I was 84 days short of my 2nd Birthday! Hence the Thank You for the young man comment.

My younger brother was born 7 days after that victory. Parents having to settle on a name for said sibling showed remarkable presence of mind in not naming him after any player on that team. They quite appropriately named him; "Liam".

Later in life I had the privilege of working with Frank for many years and sipping pints at weekends while chatting with Phil Grimes (RIP, another member of that team) in his Tavern.

Many enjoyable late afternoons were spent sipping pints in the company of yet another Great team member; Seamus Power (RIP), while discussing; not his heroic exploits at Hurling but his "enjoyable, if limited attempts" (his words) at playing Junior Rugby!

All three of the aforementioned were connected through marriage and would meet every Saturday afternoon in my local Tavern. Even after so many years, such was the awe and respect in which they were held, they were greeted with reverent nods of the head and left alone.

One Saturday afternoon, I was sitting at the bar perusing the Munster line-up for a crucial European Cup encounter.

Frank approached the bar to order a Round of drinks but included me in the round.

"John, wives have gone to a party for a girl soon to be wed. That means we're free for the night and are looking forward to watching the Munster game. Would you mind joining us and explaining some of the finer points of the Rules?" Well; I was never going to decline an invite to such exalted company.

The game they wanted to watch was Munster v Gloucester .... yes the "Miracle Match".

After the game; Frank (a superb free taker himself in the Hurling code and used to a bit of pressure) mused; "I'm not sure if that O'Gara lad realised the importance of that final conversion attempt.If he did; he's made of some stuff!"

Circles within Circles or what?
John
Interests: Ireland - Luxembourg - Christmas/Rugby/Racehorses on Stamps.
Top

Elkra wrote: ↑
30 Nov 2020 07:20
However, you're not from Waterford so I forgive you. You cannot possibly understand such things.

Yes, it's very easy on this side of the Irish Sea to look at the Gaelic Sports and just think "how quaint!" without realising that these are huge events in Ireland.

Many here are obsessed with the "round ball game" and think those of us who love rugby are a bit odd. Well, those who love League are but that's another story again.

Good luck to Waterford in the All-Ireland final. I hope it's a great game, the result is right and that is proves to be lucrative for you!
Top

Congrats to Mia(FairyFoot) whose prediction of 256 is spot on and wins the Final Round.
John
Interests: Ireland - Luxembourg - Christmas/Rugby/Racehorses on Stamps.
Top 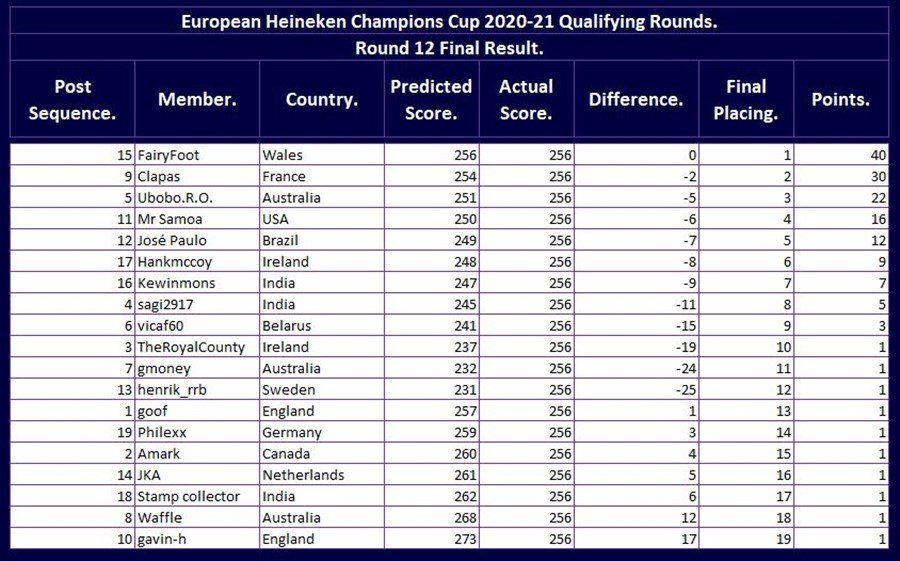 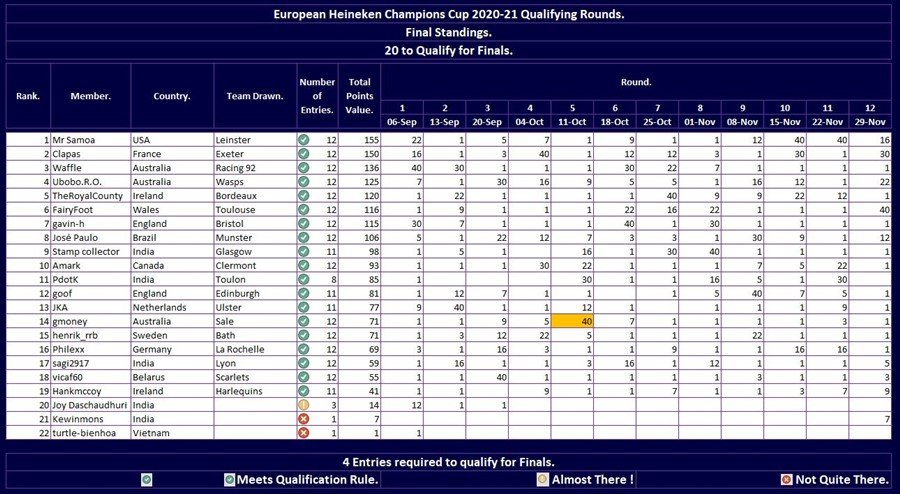 John Thanks for the game, the prizes and the perfect ranking

Clapas Thierry
I Collect : FDCs around the world and mint stamps or FDC from Greek Mythology, Writers, Poets, Native Masks. You can send to me at my address by post. Before you can write a message to: clapas at gmx dot fr
Top

Prize arrived.
I am a Penpaller and Stamp User. I send therefore I receive. I blog here. I also have a snailmail forum.
Top