Here are a few more (some may be "personalised" or Private Post):

Waffle wrote:Some 5-10 years ago there was a re-union of many of the survivors, pilots and shipmates of those who sailed on the supply missions to Russia during WW2. There was a very moving documentary of the reception in Archangel with the mayor, Admiral of the Northern Fleet and a Russian guard of honour. Many wreaths were laid, speeches made and tears shed. The cemetery, dedicated to those who died in Russia or came ashore in coffins, is quite large. Some of the cargoes were boxed Hurricane fighters, hurriedly re-assembled and their UK pilots as well (not in boxes). Many fighter sweeps to support arriving ships and protect the port were flown. Interestingly, the ship they all sailed in from the port in the Orkneys, where many of the original convoys collected, before departure, was the Pacific Princess (think The Love Boat).

Some 20+ years ago on a holiday somewhere my wife and I got chatting to an elderly Welsh couple and the lady told me how a few years before they had been to Russia and while there she mentioned to the Russian guide how her two brothers had served in the merchant fleet during the war. The guide told her that she was incorrect, and insisted that the Russians had had no help. The Welsh lady was understandably very upset, as both brothers had perished on these trips. I've never forgotten her words or her depth of feeling when recounting the tale. Thank God for glasnost.

On another matter, this is from my Monte Cassino/Polish Forces in Italy collection. It's an Air Letter dated 4th June 1944 (soon after the Battle of Monte Cassino 11/18 May) from a Lieut. J. St. Barber of 'M' Section, Mediterranean Allied Interpretation Unit (West), H.Q. Mediterranean Area Reconnaissance Photographic Wing, RAF, Central Intelligence Forces. It would appear that Lieut. Barber was employed interpreting aerial reconnaissance photographs, and claimed direct responsibility for the destruction of the monastery as he identified the German defences and advocated their destruction. The photos are 1) the first page of the letter, 2) the relevant paragraph. 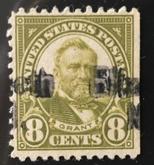 As there seems to be a preponderance of Australians on this board, I thought you might be interested in this little story. Dolly and Dee Brown, good friends of my parents in China (we lived in Shanghai and were interned by the Japanese) had left Shanghai on December 4, 1942, bound for India. When Pearl Harbour was attacked, the Captain was ordered to assume radio silence and change course for Australia; he had no charts and did not know the area at all. A child on board had a "Junior Atlas", and, using that, the ship finally arrived, unannounced, off the coast of Australia. Dolly remained in Sydney through the war, but Dee made his way back to India and China, and died in Kunming in 1944.

My mother was a terrible hoarder, but I do appreciate, now, all the bits and pieces she kept. I have all my parents' POW letters back and forth, even the arm bands they had to wear in Shanghai in the days before they were interned!

Just a small point- the last 2 letters seem to be a repeat- was this intended?
Top

Just a small point- the last 2 letters seem to be a repeat- was this intended?

Sorry 'bout that! I had intended just to post the back of the airgraph which had the cancellation, but must have somehow duplicated the letter itself as well. I think it's too late to remove it?
Top 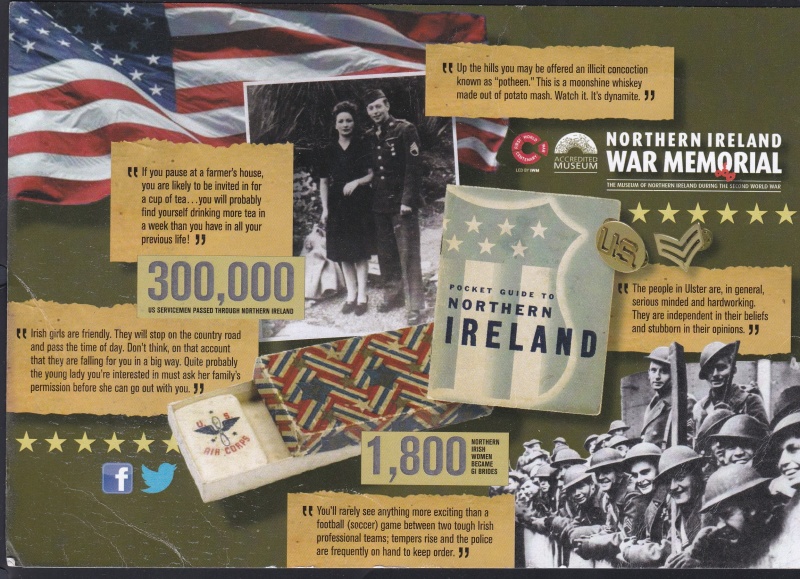 Went here on our Last visit to Belfast and were fascinated by the exhibits. I got this free information card. It is just behind St. Anne's Cathedral.
I prefer to collect UK, British Commonwealth esp Pacific area ( not excluding West Indies/Canada ) and Western Europe. At the bottom of my zone of interest is Eastern Europe and communist countries.
Top

You may appreciate the attached: it was produced in Athens, Greece, on the 12th October 1944, the day that the German Army withdrew its occupation forces from the capital. 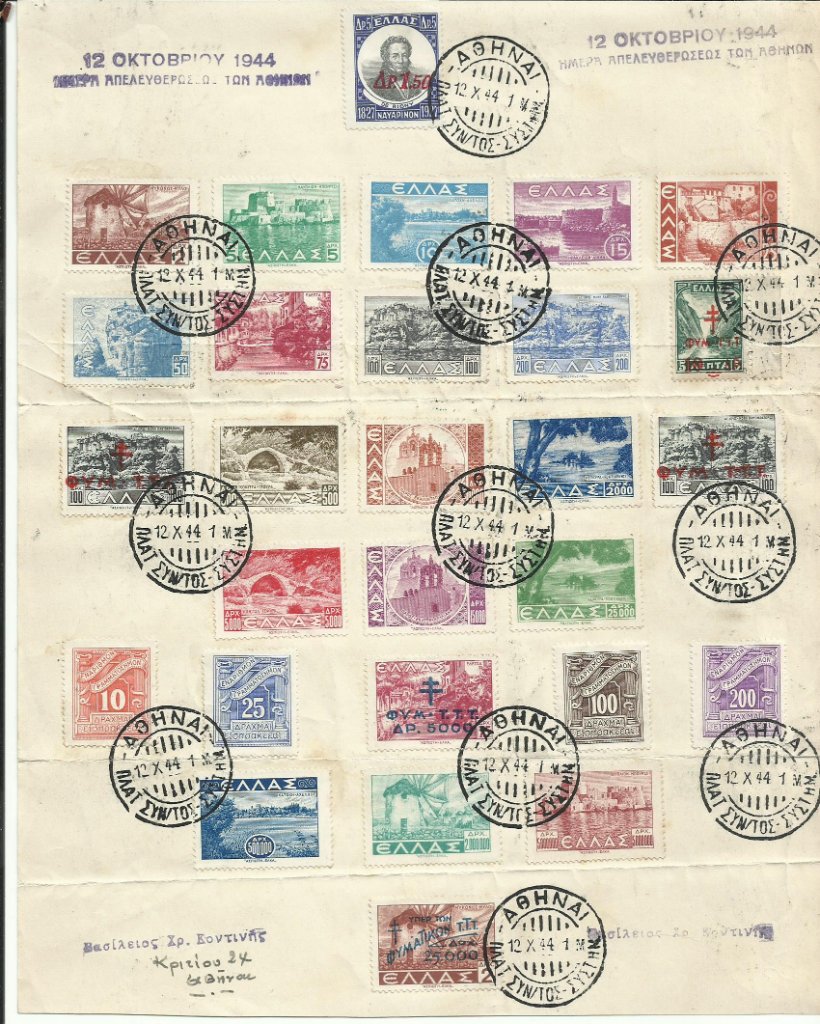 Singapore issuing set of stamps on 12 Sept 2020 to commemorate the 75th anniversary of return of British forces to Singapore, ending the three+ years of Japanese occupation. 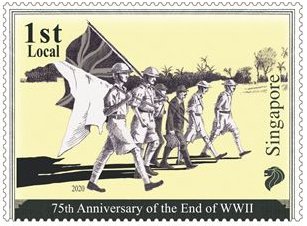 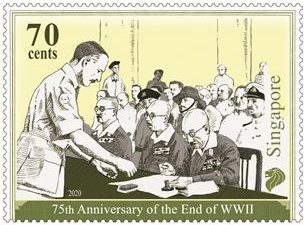 Interestingly, one stamp depicts the surrender of the British forces to the Japanese in February 1942, with another value showing the surrender of the Japanese forces to the British in September 1945. A nice view of what the war meant for the colonized in Southeast Asia as different overlords came and went as the fortunes of war changed.
APS #173088 Stamp Catalog Coordinator for Colnect Online Catalogue https://colnect.com/en/stamps
Top 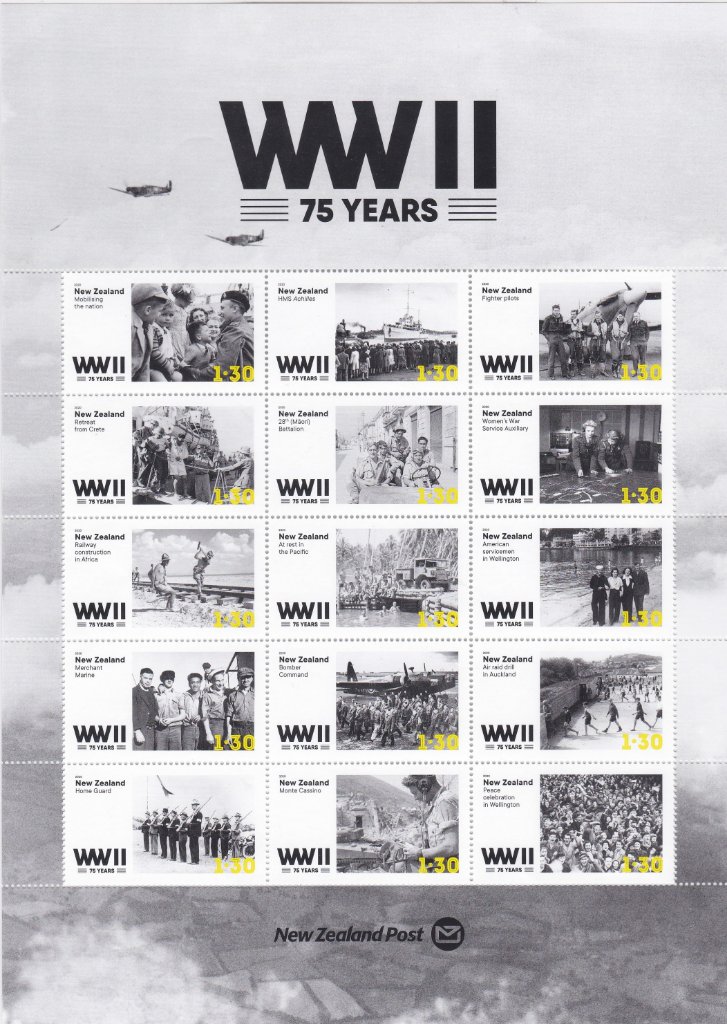 I prefer to collect UK, British Commonwealth esp Pacific area ( not excluding West Indies/Canada ) and Western Europe. At the bottom of my zone of interest is Eastern Europe and communist countries.
Top

I prefer to collect UK, British Commonwealth esp Pacific area ( not excluding West Indies/Canada ) and Western Europe. At the bottom of my zone of interest is Eastern Europe and communist countries.
Top 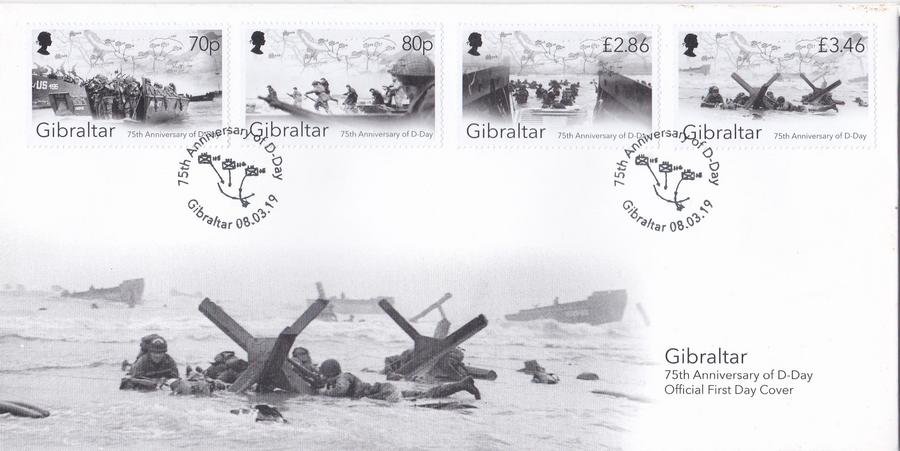 The last 3 posts replace identical posts which ended up sideways and have been deleted and replaced with posts the right way up. Much easier to view.
I prefer to collect UK, British Commonwealth esp Pacific area ( not excluding West Indies/Canada ) and Western Europe. At the bottom of my zone of interest is Eastern Europe and communist countries.
Top
Post Reply
164 posts