Stampboards has 1000s of regular readers who WILL take the time to help out even with the most basic question. If you are new to stamps - or taking up the hobby after a long break, there is a lot to learn. PLEASE do not be shy in asking the simplest of questions .. members here will be delighted to help you with the answers!

.
This query was inspired by one of Glen's recent items for sale. I use birdtheme.org as my 'catalogue' and it lists 3 stamp show versions of the 1996 Pets MS

However, I know of four others:

Were there any more?

I've not come across others of these, but are there any?

A related query: Why were there so many of these when, for example, the 1997 Creatures Of The Night MS has no stamp show versions I know of and the 1999 Small Pond MS only has one from Bangkok in March 2000? Both were issued in October, when those same stamp shows must have happened.

Is it just that the Zoos and - especially - Pets designs were kiddie-friendly, to try to bring them into philately? Or were some non-nature MSs similarly issued in multiple stamp show versions?
.
Last edited by Global Administrator on 02 Apr 2021 16:27, edited 1 time in total.
Reason: Added pars and spacing and “air” – always a superb idea on Bulletin Boards! Use the "PREVIEW" button folks. It is there for a GOOD reason.
Top

Can't answer any of the "why" questions, but I can show you that "where there any others not on my list?" - yes there are. My collection is not complete either.

Here's the only one I have from the Zoos series, it's on your list. 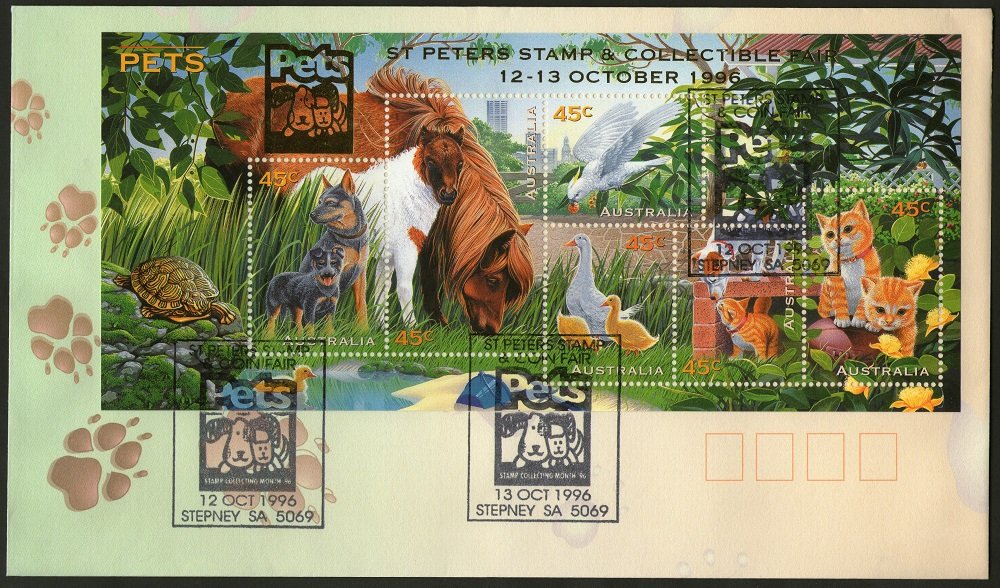 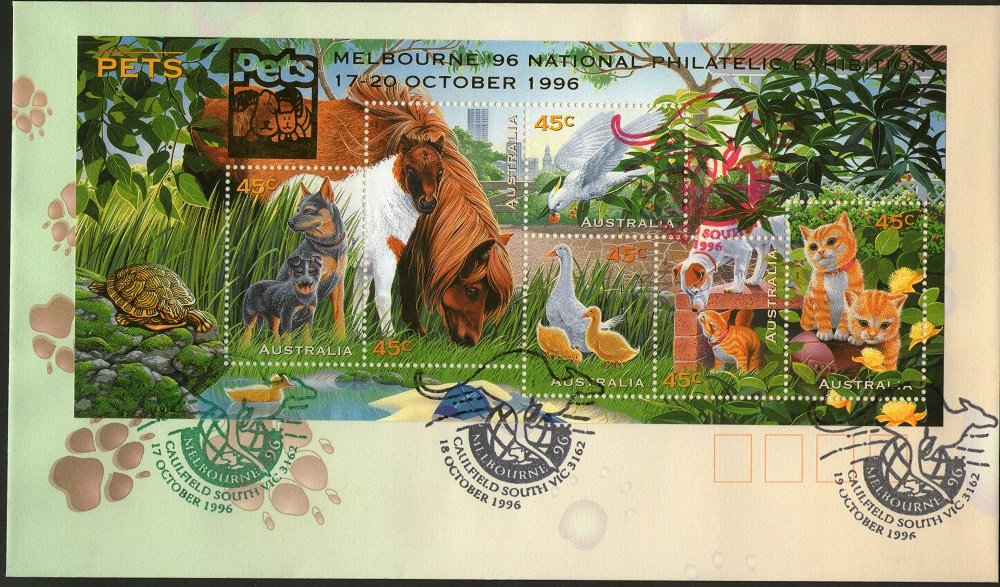 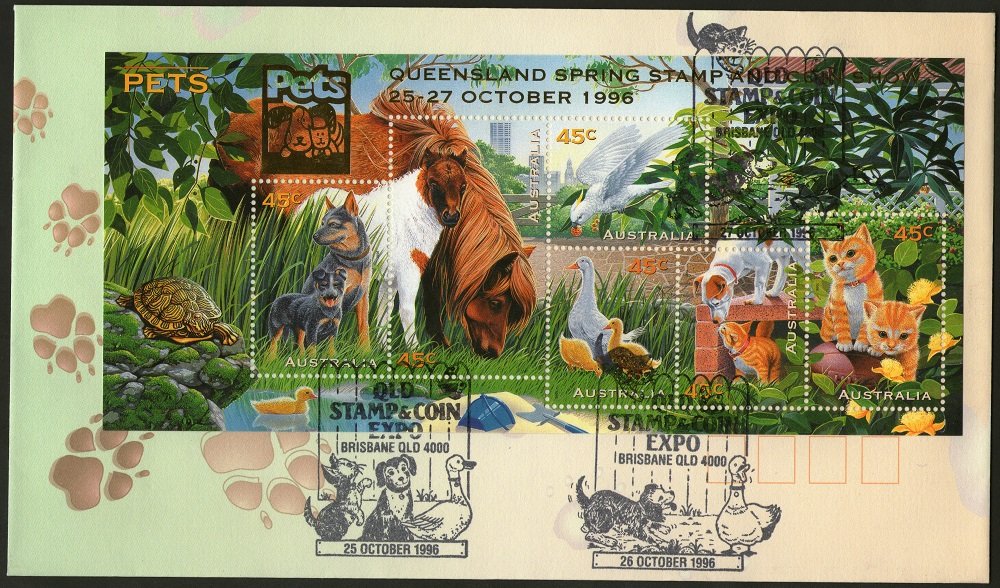 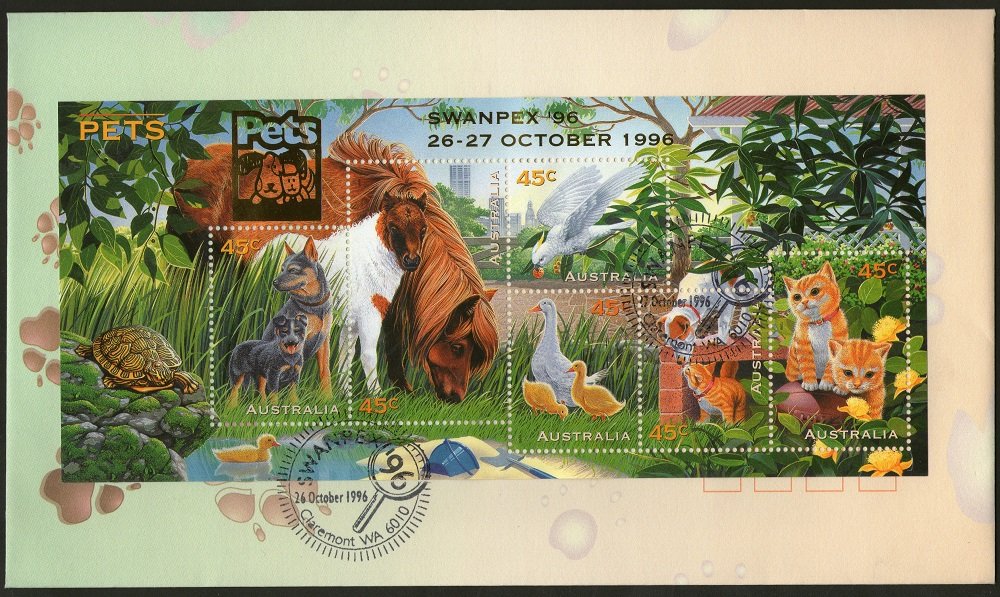 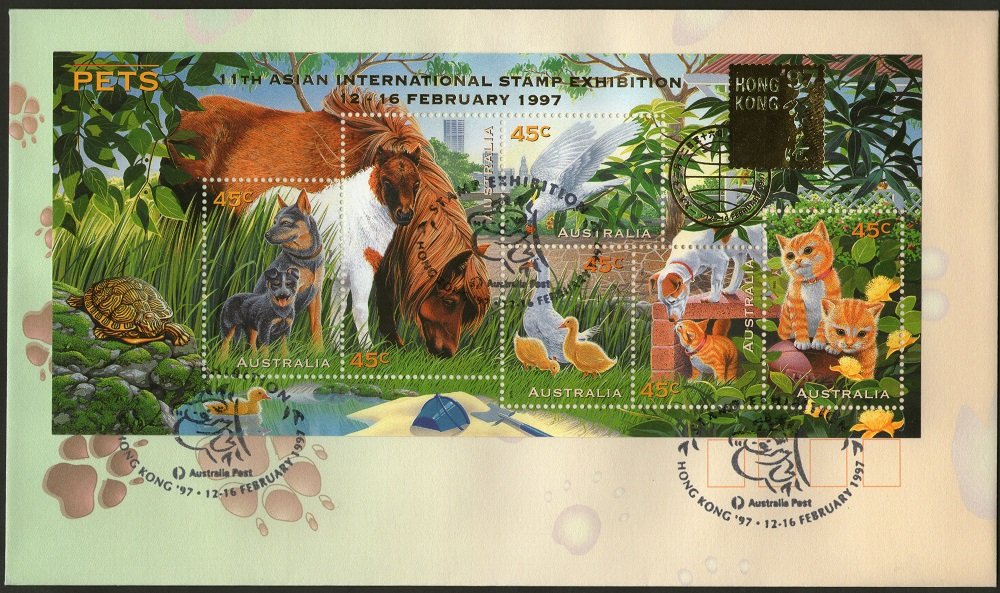 And now a couple from the Creatures of the Night 1997 series. I only have 2 overprinted minisheets, but I have other covers from stamp shows that are just the normal set of stamps with show postmarks. 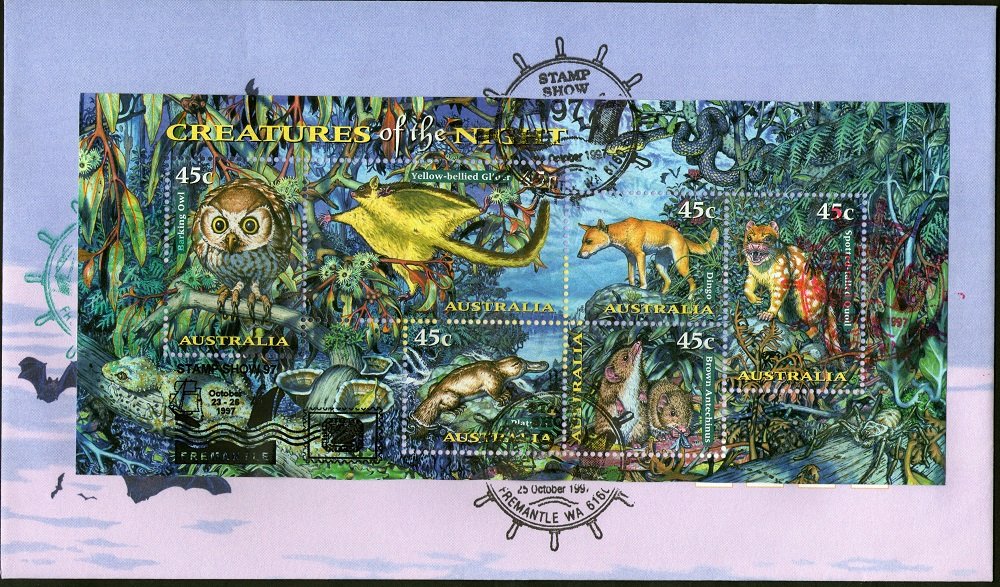 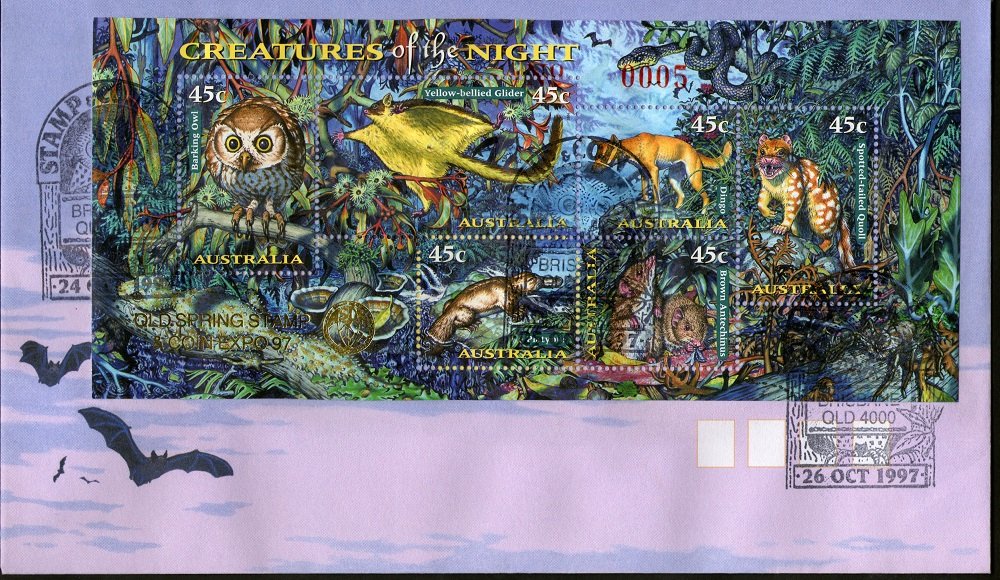 The Pom
I was online for Post Number 4 MILLION!

I find the Sydney Philatelics website useful for this sort of thing. Grahame's listings are pretty comprehensive.

.
A belated thanks to both (Easter events intervened in my reply).

I added a couple to the birdtheme.org list years ago then I saw the Sydney Pets issue for the first time on Glen's recent sale here -

so I wondered how many others might be lurking.

And thanks to The Pom's link I've found there are three other Small Pond versions - all rare and expensive...
.
Top 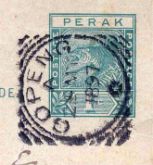 There are three official/semi-official overprints on the 1999 Small Pond miniature sheets. 2 officially by Australia Post on the 1999 Adelaide Stampex and 2000 Bangkok Stamp Philatelic Exhibition. One done by the Adelaide Stampex Committee with the special Stampex logo.
Top 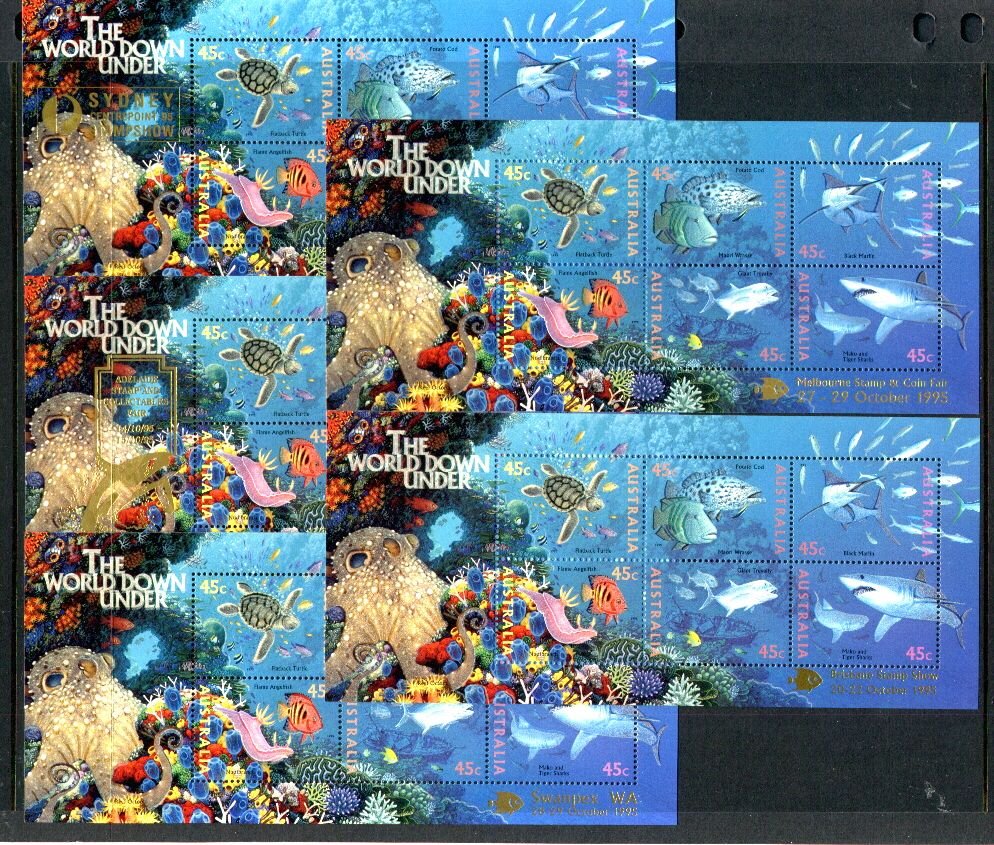 The 5 overprints on the 1995 World Down under

There are 5 semi-official overprints on the 1995 World Down Under, all done at the five major stamp shows across Australia for the Stamp Collecting Month

I can add one more to the Small Pond selection of overprints. Return to “NO question is too basic or silly - you ask - we WILL help you with it!”