Barred Numeral Cancellations of Ireland – Scarcity Ratings
Over the years there has been a considerable amount of research and publication on the barred numeral cancellations of the United Kingdom, particularly for those of London and English/Welsh provincial towns.

Collectors, myself included, have been asking whether similar publications exist or are in preparation for the remaining areas, namely Scotland and Ireland. As no equivalents yet existed, Andrew Chappell (a well-known UK line engraved dealer) and I discussed an approach to try and allocate scarcity ratings for the Irish cancellations and, in June 2013, a project commenced with the aim of assessing the relative scarcity of the Barred Numeral Obliterators allocated to Irish Post Towns in 1844.

Having undertaken initial data gathering, the project was formally announced in the GBPS (Great Britain Philatelic Society) newsletter (number 347) and an appeal for more information was made. Following that appeal and a similar request via the Mulready Group, we are pleased to be able to publish the first version of the ratings checklist.

The publication of this information is being made (almost) simultaneously on the GBPS Discussion Board, via the Mulready group, and here on Stampboards.

The checklist (PDF) is kindly being hosted by the GBPS and the latest version, including the overview, is freely available from the society’s website at https://www.gbps.org.uk/irishnumerals

The background to the project and explanation of the methodology is reproduced below, together with the checklist itself.

I am aware there are other threads relating to Irish numerals (having started one of them myself) but what follows is not simply a listing of the numbers, but new research into the relative scarcity of each - for that reason, I would ask that it not be merged with other apparently similarly threads.

Feel free to comment and, preferably, participate in the collation of more data to expand this into the future.

The Maltese Cross obliterators served for almost four years before they were superseded, in 1844, with “barred numeral” obliterators, so called as they comprised a series of horizontal lines with a number in the centre to signify the Post Town that had cancelled the stamp. Due to the high number of Post Towns requiring a unique obliterator, five different designs were adopted.

The format for Irish Post Towns was that of a diamond with the number in the centre.

Initially, numbers in the range 1 to 450 were allocated with twelve being omitted so as not to cause confusion if viewed inverted. The earliest recorded usage is from Dublin (186) on 20 June 1844.

The purpose of this project is :

1. To establish and publish a relative scarcity scale for the 1844 Barred Numeral cancellations allocated to Irish Post Towns used on the 1d red-brown imperforate stamp of Great Britain [SG 8-12], and

2. to provide an update to the lists of coloured numeral cancellations contained in The Cancellations of the 1841 Penny Red (Danzig and Goldsmith, 1991)

A logical extension to the project would be to collate the earliest recorded usage of each obliterator and this may be incorporated at a later date.

It is acknowledged that any method of assessing the scarcity of cancellations will encounter difficulties, but it is hoped that by having a transparent process any reservations individuals may have can be minimised.

The initial phase of the project has been to collate information for each Post Town allocated a numeral from a wide variety of contemporary sources (see below). The data includes :

1. The population of each town/village in each of the census years from 1821 to 1871
2. Whether the office is a Post Town, a sub office or has been upgraded/downgraded
3. The presence of professional and civic services / amenities, including:
It is noted that the population figures are not those of the area served by the Post Town; just that of the town’s immediate area but as a consistent approach has been taken this is believed to be a satisfactory starting point.

The first stage has been to group towns of similar size (by population) and based upon this allocate one of the scarcity ratings A to H.

Dublin, being the capital of Ireland, quite naturally has the largest population and the largest concentration of civil institutions so has been allocated a rating of “A” and is the only city/town to have been so-classified.

The scale runs from A (the most commonly encountered) to H (the scarcest)
The second stage has been to re-assign a small proportion of places to an alternate rating (either upwards or downwards) due to them having a disproportionate number of services/amenities compared to other places of a similar size.

An example would be Cavan (number 126) which from the population alone would receive a rating of “D” but unlike many other places of a similar size, it
which should be indicators that more post would originate from here, suggesting that an upgrade to a “C” rating would be appropriate.

Without going into specific detail for anywhere else, this is the type of consideration that has been undertaken for each place.

Many of the places rated as “H”, following this stage, appear to have no special requirement for a Post Office over other villages/hamlets throughout the rest of the Country. The fact that a Post Office (usually a sub office) exists at all would appear to be mainly due to the presence of one or more country seats of the gentry/nobility or its geographical location to facilitate the operation of the postal system.

At this stage of the project, the scarcity ratings were only provisional and it was not considered appropriate to publish them. Therefore, an appeal for additional information was made to members of the Mulready Group (October 2013) and also to the wider GBPS membership (November 2013).

The responses received have resulted in a few, but minor, re-assignments of some ratings, and we are now ready to publish the first version.

From the project’s inception, it was decided to make the results available to download, in PDF format, from the GBPS Website so that subsequent revisions, as more data becomes available, could easily be distributed.

The latest version, including this overview, is available at https://www.gbps.org.uk/irishnumerals

The Cancellations of the 1841 Penny Red contains four lists detailing those numerals recorded using blue, green, red and brown inks. Permission has been granted by Robert Danzig to update these lists and include the revised data within the project. Our thanks to him too for providing updated information which has been incorporated within our listing in addition to information from other sources.

We have not however attempted to categorise the enhanced range of coloured numerals according to their relative scarcity at this stage and reference should be made to The Cancellations of the 1841 Penny Red for this in so far as it relates to those recorded at the time of publication of that work.

The following publications have been used to collate the data.

The spelling of Irish place names in this period is not consistent even in the same publication in consecutive years, nor even within different editions of the official Post Office lists. The convention adopted is to use the official spelling supported where necessary by The Parliamentary Gazetteer, published in 1846.

We are continually seeking to refine this listing and add as much data as possible to it and would welcome dialogue with any collector upon the subject. The authors may be contacted by email as follows: Andrew Chappell (qvp [at] btinternet.com) or Chris Jones (chris [at] gbimperf.org).
Top

Greatly welcome and much needed! 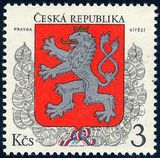 A very useful list which can be revised and added to over time as new information becomes available.

Thank you very much for posting it.