Introduction
This is just a short simple guide to the early twopenny blues issued between 1840 and 1858 and how to tell them apart. They were printed from only six plates (1 to 6) and determining which of these a particular stamp was printed from varies from the straightforward to the tricky. Having scans of the plates is useful, but it is possible (most times) to plate them without resorting to comparing the check letter positions.

All are Die 1 heads and can be put into three groups, namely:

Plate characteristics
Plate 1 and 2 are both imperforate, with the die 1 head and small crown watermark. The check letters are alphabet 1.

The NW corner
On plate 1 the left side of the NW corner is weak (thin) on all stamps.
On plate 2 they are stronger (thicker).

The NE star
On plate 1 the 11 and 12 o’clock rays of the NE star are complete on most stamps.
On plate 2 they are shortened on all stamps.

Exceptions: Most stamps from the lower two rows of plate 1 (SB-SL and TA-TL) show shortened rays similar to those of plate 2, but the weak NW corner of plate 1 should resolve confusion.

“TWO” defects
The “TW” of the value letters of plate 1 are joined in rows A to E and M to P. Additionally, the “O” of “TWO” is either flattened or indented on its upper right in some of these stamps.

Plate characteristics
These two plates are both imperforate, with the die 1 head and small crown watermark. The check letters are alphabet 1. Both plates have the addition of white lines below “POSTAGE” and above “TWOPENCE”.

The NW star
On plate 3 the NW star is normal with all the rays mostly intact.
On plate 4 the 8 o’clock ray is missing, and the 7 and 10 o’clock rays often are quite faint giving the star a ’lopsided’ appearance.

Identification of plate 3 is made simpler if cancelled with a Maltese cross as the use of this was discontinued in 1844, five years before plate 4 came into use. Also, if the stamp is on cover and dated before December 1849 it must come from plate 3.

[Note: Plate 4 has the famous ‘spectacles’ variety. At some time, the plate sustained minor damage in the form of a fine scratch on impression “B-H”, stretching from the queen’s eye to her ear, giving the illusion of her wearing spectacles. Thus the imperforate “B-H” exists both with and without ‘spectacles’.]

The twopenny blue ‘perforated stars’ Plates 4, 5 and 6
The 2d blue ‘perforated stars’ were introduced in March 1854 and issued until the 2d blue ‘plates’ were introduced in July 1858. There were three plates (4 to 6), two perforations (16 and 14), two watermarks (small and large crown) and three alphabets (1 to 3). Fortunately, there are only limited combinations of these features.

Plate Characteristics
This issue has the same plate characteristics as its imperforate counterpart. The check letters are from alphabet 1. This plate is particularly noted for its many blurred patches from the plate progressively corroding during its lifetime.

Note the corrosion blurs around the check letter squares in all three stamps in the above image.

[Note: The perforated “B-H” exists only with the ‘spectacles’ variety.]

Plate characteristics
The check letters are from alphabet 2. The NW star has the same 8 o’clock ray flaw as plate 4.

Plate 5 was the only plate to have been printed on both small crown and large crown watermarked paper. It was also perforated 16 and 14, and all four combinations of perforation and watermark were in concurrent use.

Without reference material (or the ability) to distinguish between alphabets 1 and 2, it is difficult to tell a plate 4 stamp from a plate 5 small crown watermark stamp, as both had the same perforations, and the same missing 8’clock ray of the NW star. The obvious difference between plate 4 and plate 5 is the use of alphabet 2 check letters for the latter.

Note the larger check letters of alphabet 2 on the plate 5 example above.

Possibly a close inspection of the NW star might be helpful as the rays of the plate 5 star seem slightly better defined than those of plate 4. But this is not a reliable plating aid.

Plate characteristics
The check letters are from alphabet 3.
The white lines are slightly narrower than previous plates.
The NW star is normal, but there is an 11 o’clock ray flaw on the NE star which is shorter and fatter ray than normal. 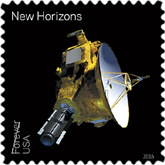 Very informative and well laid out, many thanks

Thanks for producing this and sharing here on Stampboards.
Top

Thank you very much.

An excellent tutorial. I tried a while ago to produce something similar to sort out my little accumulation of 2d blues, but it was no where near as clear as yours - thank you.

A couple of reference books I found that can be downloaded from Philatelics.Org - https://www.philatelicsannex.org/reference/reference.html - are -

A really awesome tutorial Bill and much appreciated.
Top

Thank you all for your kind and generous comments.
Best wishes,
Bill
Top

The 2d Blue Plate 5
It has been previously mentioned that plate 5 is unique in that it is the only 2d blue plate to have alphabet 2 check letters, and this feature is the only sure way of identifying stamps from this plate.

This is all very well for those who can recognise alphabets at a glance, but for those of us whose alphabet identification is a bit shaky, I believe there is another way.

What to look for
Have a look at these:

Notice anything?
No? Have a closer look.

There is a consistent pattern of blurs in the left margin and lower half of both star squares, and marks in ‘POSTAGE’ and the white line under it.

At first, I thought it was due to smeared ink, but this same pattern is present to a greater or lesser degree on every stamp printed from plate 5 and is also present on the imprimatur sheet.

Stamps ‘I-F’ and ‘P-H’ above with their imprimaturs below:

There are also consistent marks, but to a lesser degree, in the white line above ‘TWO PENCE’.

This is part of the imprimatur sheet.

Note particularly the vertical blurred lines to the left of each impression. This is repeated across the whole sheet, and every stamp shows a similar pattern of blurs and marks.

Comment
When every (or most) stamps on a plate show the same flaw (e.g. ray flaws) it is called a plate characteristic and is usually attributed to a defective transfer roller. But roller flaws normally show as white un-inked areas, e.g. missing rays and the ‘O’ flaw. Coloured blurs are usually caused by plate corrosion and are randomly scattered over the plate. This is not the case here.

A possible explanation is that a previously used and discontinued plate has been erased, ground down or otherwise ‘cleaned’, and been recycled to make this plate. What we could be seeing here are the ghostly remains of incompletely erased impressions showing offset under the new plate 5 impressions.

I haven’t seen any reference material which mentions these consistent marks and blurs being peculiar to plate 5; neither Osborne nor Gibbons mention these (to me) obvious recognition features.

Bill, thanks for the excellent tutorial. Just stumbled across it and it’s enabled me to plate the small number of SG14’s I have including this strip from plate 3. 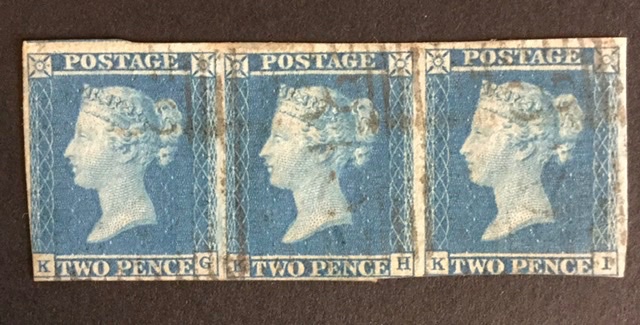 You have very kindly plated other stamps for me in the past and like many on this forum, I’m extremely grateful to you for sharing your knowledge.

McGlen wrote: ↑
05 Oct 2020 04:22
Bill, thanks for the excellent tutorial. Just stumbled across it and it’s enabled me to plate the small number of SG14’s I have including this strip from plate 3.
Glen

I am pleased you found it useful.
Best wishes,
Bill
Top
Post Reply
15 posts • Page 1 of 1