Discussion of anything you like. Sport, stamps, politics, religion, weather, world disasters, news articles - whatever. Things generally NOT stamp related belong in here. Please keep it CIVIL and polite though! We encourage lively discussion on all things.

*WIN* Australia "LEGENDS 2015" Victoria Cross Winner Media Packs x 5
These were on a long segment tonight on National Network 7, TV News, with all the living Victoria Cross Members being interviewed under the Sydney Harbour Bridge, about being on the stamps etc.

Australia Post's PR company are kindly mailing me several Media Kits of this issue to giveaway to stampboard members.

They do this for us each year, and are generally in a large A4 red and white Australia Post logo folder, compete with all the official Australia Post press releases, a MUH set in official PO pack of all the stamps, a set of official FDC, and a set of the Maximum cards etc. And often a fancy PO book on the issue, and for some years they have had a pictorial CD ROM as well of contents in them – they are all in the mail now, so I cannot confirm exact content yet!

Collectors lust after these “Media Packs” as you cannot BUY them from Australia Post! And clearly they are totally OFFICIAL and highly collectible.

So a very pretty, and quite valuable assembly. “Victoria Cross” is always a super popular topical. The Australia Post Victoria Cross PNC is a $200 item all day long -

We have FIVE of these great packs to offer free to members globally.
How do you Enter?
Well just make a post here saying “I’m in” or something similar.

HOWEVER to increase your chances to win, I’ll allow TEN posts a day per member. 8)

If you lose track, all members can track their own past posts by clicking on their user name, then clicking on "search user posts" - i.e.

When the competition deadline is reached, I’ll count the eligible posts the next day, and if we have say 516 posts here by deadline, I’ll get a computer "random number generator" to choose 5 numbers at random between 2 or 516 (this post #1 is ineligible of course) and if you are post 9 here, and if 9 is in the mix, you win, and so does post #114 and so on.

Clearly any member might win more than once on this totally random basis, so the more you post here, the higher your mathematical chance! Everyone is eligible, even brand new members, indeed all members globally, and all Moderators ... I'll recuse myself of course.

The Judge's Decision is final in any dispute - and I am the judge.

2015 is the Centenary of ANZAC and the Gallipoli Campaign, and the timing of this issue is perfect. Some lucky buyer of this stamp issue from Australia Post will get a Free trip for 2 to Gallipoli Turkey - see the press release below for more detail. 8)

I’ll mail these Media Packs post free globally to our five winners, and list the winners here in due course.

Five of Australia’s most gallant and decorated soldiers have been immortalised on postage stamps as the recipients of the 2015 Australia Post Legends Award.

This year’s Legends Award recognises five Australians who have received the Victoria Cross, the highest honour that can be bestowed for acts of valour “in the presence of the enemy”.

Corporal Baird was the 100th Australian to receive a Victoria Cross since the award was first created by Queen Victoria in 1856.

“These five men when faced with dangerous situations in their line of duty were selfless, devoted to their cause and committed to keeping their mates safe, for which sadly Corporal Baird paid the ultimate price,” Mr Fahour said.

“This year’s Legends Award recipients could not be more inspirational, particularly as we commemorate the ANZAC centenary and more than a century of service by Australian servicemen and women. It is our absolute honour to bestow this Award upon them,” Mr Fahour continued.

For the first time, Australia Post will donate $1 to Legacy from selected products purchased from the Legends range.

As one of Australia’s most iconic charities, Legacy grew out of the ashes of the Great War and 90 years on still supports around 90,000 families of Defence personnel who have given their lives or their health for their country.

These families rely on Legacy for emotional and financial support in the aftermath of devastating circumstances.

The 2015 Australia Post Australian Legends will be honoured at official Australia Day Council events hosted in all capital cities, with the first luncheon taking place in Melbourne today. Each Legend will also be presented with a 24-carat gold replica of their stamp.

Ben Roberts-Smith VC MG who was awarded the Victoria Cross for brave actions carried out during a mission in Tizak, Afghanistan in June 2010, said:

“It is bit surreal but very humbling; you don’t join the Army with grand ideas of recognition and you certainly don’t anticipate that your image will one day appear on a postage stamp! My hope is that in some way, this stamp series will contribute to raising awareness of the fact there are enduring sacrifices being made by Australian soldiers and their families every day. This should never be forgotten and if Legacy and the support they provide our servicemen and women and their families will benefit from this Australia Post Legends series then I am honoured to participate and to offer my total support.”

Mark Donaldson VC who was awarded the Victoria Cross for rescuing an injured interpreter while under heavy fire in Uruzgan province, Afghanistan, September 2008, said:

“When I was younger I never could have imagined my face being on a stamp. But if my image on a stamp fosters thoughts of positivity, if it helps someone going through a rough time to give them some strength to be a better person, if it can reach that level then I think that’s an amazing thing. This is not just about me, it’s about my family, my friends, my mates back in my unit and their friends and families back home waiting too – but I’m thankful for the opportunity to be a part of it.”

Daniel Keighran VC who was awarded the Victoria Cross for his act of bravery during a three-hour firefight with insurgents at the Battle of Derapet in Afghanistan, August 2010, said:

“It took me a little while to accept that this was really happening, I was extremely surprised and honoured. I think it’s good for people to hear the stories again. To be reminded of what some of the guys are committed to doing in the Australian Defence Force, what they have to give up, and what they’re willing to do for their mates – that’s a big part of who we are as Australians.”

Keith Payne VC OAM who was awarded the Victoria Cross for his gallant effort recovering injured troops while under heavy fire in Kon Tum Province, South Vietnam in 1969, said:

“I think it’s great of Australia Post to recognise not only me, but the younger blokes. That’s the important part, to remind the younger generation that our service people are still there, and they are doing a damn fine job.”

The Legends Award criteria honours living Australians who have made a unique contribution to our way of life, inspired the community and influenced the way Australians think about themselves and their country.

The Legends Award was initiated in 1997 when Sir Donald Bradman was the first living Australian to be honoured on an Australian stamp. Prior to that, the only living people honoured on our nation's stamps were members of the royal family.

The 2015 Legends will feature on a 70c stamp, with all Legends featuring in a stamp pack, mini-sheet, first day cover and set of maxi cards.

By purchasing selected Legends products Australia Post is also offering a chance for two mates to visit the hallowed ground of Gallipoli. Simply register online including receipt number at https://www.auspost.com.au/gallipoli The competition starts at 9am AEDST 22 January 2015 and ends at 5pm AEST 10 May 2015.

The stamps and associated products are available at participating Post Offices, via mail order phone 1800 331 794 and online at https://www.auspost.com.au/stamps from 22 January 2014 while stocks last.

The Australia Post PO Company, Javelin Media mailed me these 5 Media Packs this week to give away to members as I saw fit.

With the FDC, set of Maxi cards and PO pack which has both the mint mini sheet and set of singles, and Press Releases, all in special folder. Great prizes. 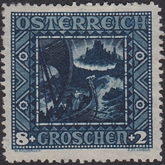